The Brushmill property and buildings have served numerous functions over the years. In the early 1800s, two industries operated on the property: a grist and sawmill operated by Pomeroy Watrous and a woodworking shop operated by George Gladding. Interesting to note is the fact that the woodworking shop made skate blades!

Subsequent owners included S. Carlos Silliman who erected a large factory and initially manufactured auger bits. He soon thereafter sold his interest in the business to C. B. Rogers. By 1859, Rogers changed to manufacturing carpet sweepers and various kinds of brushes.

George Gladding joined Rogers in his new business as the manager of the shop and in just two years had built such a business that he bought out Rogers’ interest. Upon his death in 1898, the business passed to his son Calvin Gladding and in 1927 it passed again to the son of Calvin Gladding, Roger Gladding. Roger Gladding, a graduate of Clark University with a degree in engineering, took over the factory and renamed it Rogers Brush Works; he maintained the brush business at the location until the mid-1960s. The factory made wood-handled, spiral-bound brushes made of horsehair, the most common material at the time, for use as shoe, suede and bottle brushes as well as brushes for gun barrels, household radiators and carpet sweepers.

Throughout its history, the Brushmill was virtually self-sufficient. The Pattaconk flowing in the rear powered the mill through hydropower supplied by a large water wheel and an extensive internal belt and pulley system. In fact, each of the pulleys diners see overhead were functioning components of the early electrical system used to both illuminate the factory and power the machinery. The larger overhead lighting fixtures are original to the 1800s and still function as gas or electric fixtures.

The overhead electric lights are of a slightly more modern vintage but are period, nonetheless. The waterwheel, originally located in the structure at the rear of the main building, was unfortunately damaged beyond repair in the storm of 1982 that tore through much of the area. What remains, however, is the original spindle and other key elements of the original wheel. The recovered parts can be seen if you look into the wheelhouse. 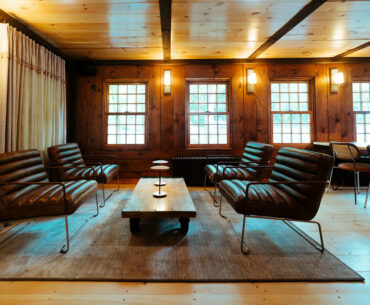 Brushmill by the Waterfall has been completely renovated. Come see the updates! 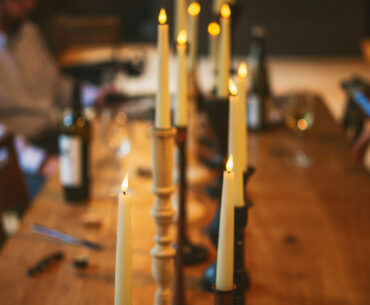 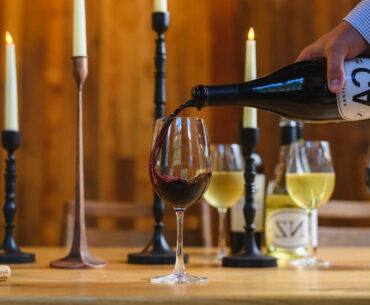